The 14th and 15th centuries are a time called "the autumn of the Middle Ages" (Jan Huizinga). It was an end of the known world. The great Western Schism lasted until 1415, and the world was split between two claimants: Rome or Avignon. There were new views on the Church and the scope of its authority, but also on its internal system. A view was formulated that the Pope cannot alone exercise one of the highest authorities in the Church, because it is vested in the Ecumenical Council. The Ecumenical Council stands above the pontificate. It convenes itself and chooses a successor to St. Peter. The first lecture of this concept was given in 1380 by Conrad of Gelnhausen. The scientific world was also divided into conciliarists and anti-conciliarists. The University of Kraków became an important centre of conciliarism[1]. There was also a different concept for the reform of the Church: Hussitism (Bohemia). It reaped the rewards of the seeds that had been sown for years by the various heresies of the poor. Its social scope turned out to be extremely wide, and Hus's fame reached the University of Paris. This author of the De Ecclesia treatise demanded the translation of the Scripture into national languages, Holy Communion in two forms, for clergy and laity. He also claimed that the sacraments given by priests in the state of sin are invalid[2]. He was a famous preacher and reformer of the Church, and his fate influenced the history of the whole of Europe and the course of the "Reformation fever". Therefore, two universities became centres of reformist thought: in Prague and Kraków.

We must ignore the doctrinal issues in such a short article. They require subtle and insightful distinctions, and there is no consensus in their description and evaluation. However, this absence will not be felt here, as it is the university that is the subject of reflection. Therefore, it is enough to stress once again that the University of Prague opted for Hussitism, and that the University of Kraków - consistently standing on the conciliarist position - cut itself off from Hussitism[3]. These two universities not only took a specific intellectual stance at the time, but also set an example of an attitude which is worth recalling today.

In 1409 the Czechs was granted a privileged position at the University of Prague by virtue of the Decree of Kutná Hora. Thus, it became the first national university in Europe with a defined ideological profile. Jan Hus[4] himself became the Rector.  It should be noted that many foreigners left the city at that time. In Poland, on the other hand, after 1447, both the king and the bishops recognized the Pope. Only the third authority - the university - remained in internal isolation, but remained relentless, “(...) alone and bitter, it continued to discuss the issues of the reform of the Church”[5]. When the papal legate arrived in 1448, the university refused to pay tribute to him. In Kraków, it was decided to consult other universities. The aim was to resolve the dispute in a substantive manner, rather than by force, achieved by political or ideological supremacy, for example by demonstrating a possible misconception of the conciliarist position. University Members were therefore sent to scholars from Erfurt, Cologne, Leipzig, Vienna and Paris. However, these universities had already submitted obedience to the Pope and suggested that Kraków's scholars should do the same. Admittedly, the "bravery of the Kraków Maccabees" was admired, but at the same time it was advised not to "swim against the current" (quoting the University of Cologne)[6]. Kraków, however, stood by the Ecumenical Council and gave way only when it was dissolved and the obligation of obedience ceased to apply. It continued this discernment without succumbing to political pressure after 1416, when the university rejected Hussite concepts. This was simply due to the deep conviction of the professors of theology and law in Kraków that Hus was wrong[7].

Both of these examples show a significant sign of early Central European university tradition. It combines the service of the ruler and the nation with a pure love for the truth for itself. Neither hostility, nor servitude, nor opportunism, but only the deacon of the truth of the university towards the nation, the state and the Church. This dignity is as evident in the quiet, persevering persistence of the professors of the Kraków University as in the deadly faithfulness of Rector Jan Hus. Burned at the stake in Constance, despite the iron gilt (safe conduct assurance) received from Sigismund of Luxemburg, he expressed his readiness to revoke each of his theses, unless, first of all, it was imputed to him and, or secondly, it was false. His death was an example of such heroism that Aeneas Sylvius, later Pope Pius II, wrote that no philosopher died with such courage[8].

Different academic centres were interacting at that time. The University in Kraków was influenced by the pre-Hussite Czech reform thought, the Hungarian devotio moderna and the Italian, Paduan school of law. Of particular importance was also the court of Queen Hedwig of Poland, a pupil of an outstanding Hungarian House of Anjou. She surrounded herself mainly with Polish and Czech, but also Italian and French thinkers and clergymen. The queen's activity was cemented by her deep religious faith and devotion, expressed in her mission to Christianize Lithuania and renew the University of Kraków[9].

This created a particular intellectual climate in which sensitivity to the truth and consistency in its investigation were met with recognition of its servile character. Truth teaches us what is right, what must be done and how to conduct human affairs. In such an environment it developed and revealed the artistry of an outstanding royal diplomat, Paweł Włodkowic. He became one of the most eminent figures in the Council of Constance. In his activity he combined academic (he was a supporter of conciliarism) and political tools. Facing the Ecumenical Council with his first treatise, he stated that although he was a royal ambassador, he was appearing as a scientist (doctor) there[10].

At the Ecumenical Council, the issue of Poland's dispute with the Teutonic Knights was presented - an issue that had dragged on for years and was not closed in Constance. The discussions took place on two levels, political and theoretical, i.e. the court hearing (processus judialis) and the trial of the principles (processus docrinalis). Paweł Włodkowic sought to show that the behaviour of the Teutonic Knights and the occupation of pagan lands are unacceptable from the point of view of faith. He presented his treatise "On the power of the Emperor and the Pope over unbelievers" and presented a collection of 52 conclusions derived from it (Opinio Ostensis). The position was presented in a scientific way and the conclusions of the Opinio were not directed against the Teutonic Knights. Włodkowic wanted the Ecumenical Council to assess the theological rationale behind the annexation and the custom of appropriating lands of the pagans and then distributing these further. Arguing on the basis of divine, natural and canonical law and referring to the then innovative concepts of Wilhelm Ockham and Marseilles of Padua, he claimed that pagans have the right to own their state and defend it. His opponents claimed that the war with pagans is always decent[11]. The Teutonic Knights delegation purchased expensive treaties against Włodkowic's rationale, but they could not match him when it came to presenting arguments[12].

Paweł Włodkowic's work remains the greatest achievement of Polish activity in Constance, but it is also the legacy of Polish independent legal thought. This lawyer and politician proclaimed the idea of morality as the basis for international relations. He was convinced of the possibility of peaceful coexistence between people of different faiths and nations, and in this sense he could be regarded as the spokesperson for well understood tolerance[13].

In general the 15th century, from its first decades, was a when the Polish state thought was being formed, original and deeply humanistic. The Kraków school of international law (e.g. Paweł Włodkowic, Stanisław from Skalbmierz) formulated such views on the sovereignty of the national state, which became become popular only in the 16th century, thus Polish lawyers were one and a half centuries ahead of such theoreticians of international law as Francisco de Vitoria from Salamanca Alberico Gentili from Oxford[14]. At the end of the 15th century, the University of Kraków was open to the influence of humanism, delighted with the antiquity and the old masters. On the one hand, the feeling of national unity of Poles strengthened as a result of political incidents, on the other hand, the ideals of rebirth with the love of freedom, homeland and political order visible in the ancient times made university halls a place for spreading the spirit of patriotism. The food and intellectual courage of Kraków University staff made the university a popular destination for young people from the countries in the region. Therefore, Polish, German, Hungarian, Lithuanian, Czech and Russian people lived together. In the last decades of the 15th century, about seven and a half thousand of them were studying in Kraków,. About one and a half thousand of these came from Hungary[15].

Having said all this, we should now ask ourselves whether there are any conclusions to be drawn for the contemporary Poland and Hungary, and for the academic structure here in general. In the opinion of the writer, these words flow and are of great importance.

Firstly, an inalienable value of academic effort and a necessary condition for its sensibility is the maintenance of independence and mental sovereignty by teaching staff. Secondly, the university's "trade" is a form of service and flourishes where awareness of it has been maintained. But what is it for? Well, first and foremost it serves the truth. It is nobody's property and cannot be owned. Truth is therefore the only category that introduces a characteristic of universality into the university field. At the same time, it's inevitable. One should only remember that "universality" and "popularity" are not concepts from the same pool of meanings. It may therefore be that something that is universal is not popular and what is popular is not universal. Thirdly, it is not a sin to link the universalism of truth with the locality of a political community. On the contrary, the living relationship between society and academia should correspond to what happens between a question and an answer. Nations can and do formulate 'local' questions, and it is the duty of universities to provide them with a universal answer. As universal, it will also include local doubt or difficulty. Fourthly, only a university with a certain character and strong local roots can be attractive to visitors from other parts of the world. Its attractiveness should flow from the fact that it is not interchangeable with any other and distinguishable from any other. Fifthly, we must not lose sight of ancient thought, which is the cradle and a dogged nurturer of all research effort, if its purpose is to educate strong, just, wise and sophisticated citizens. In particular, like scholastics, it is a vaccine against any unifying ideology, especially that of individual freedom at the cost of disorder and the disintegration of societies. In this sense, it is worth encouraging Central and Eastern Europeans to honour the memory not only of their heroes in arms, but also of their thoughts. For they have someone to remember. 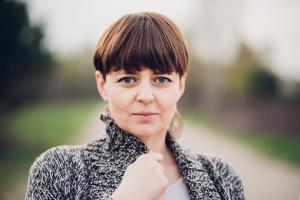 Speakers meet in Krasiczyn: plans for the future

Hungarians and the Warsaw Uprising

The faces of motherhood